Agility Wrap: A Summer of Hope

We started at Easter. Rio did not like competing. Competing was stressful, overwhelming, and pressurised. She could do a few obstacles at best, and then she would come unstuck. She went into classic avoidance; refocusing her attention to judges, spectators, anyone but me or the equipment. She did not want to engage with competing. Persistance, says I. This happens, we have never competed outdoors. It may take a while. Inside, I panic, because Rio was my confident, sassy puppy. I have broken her somehow.

We persisted. We don’t improve in any noticable way. Her jumping classes are very slightly better than her agility classes. Everyone nodded doubtfully when I told them that. And then she encountered the aluminium equipment at Wigton and very promptly said No More Agility. She said, I hate this with the passion of a thousand fiery suns. I hate seesaws and dogwalks, I can’t trust them any longer. Her last agility class at Wigton was jump > dogwalk, and she refused to break from her wait. Sat and looked at me patiently, and said, I don’t know what that is, and I’m not doing it.

(I don’t know how I create dogs who hate aluminium equipment, but so far I’m 2/2.) 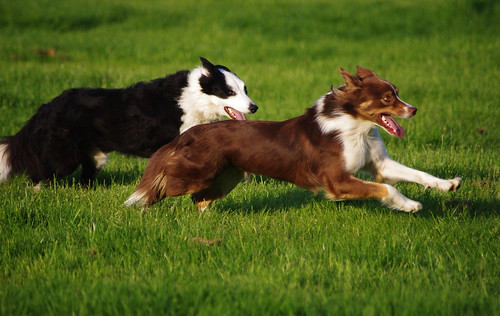 So, by the end of Wigton show, I have a stressed Aussie who doesn’t want to know. There are small moments of brilliance; half a course, a short sequence, which is fluid and focused and fast. Small, tiny glimmers of hope, like sparks for a fire.

We started again after Wigton. New plan; dramatically lower expectations, quit agility classes, and reward. Reward reward reward. I finally started doing all the things I tell my complete beginner class to do. I went into the ring in July and aimed for 6 obstacles. If we did 6 obstacles with full focus and drive, it would be counted as a win, regardless of how the rest of the course went. I stuck, rigidly, to the plan. Next show, I wanted 8 obstacles, next show, 10-12. And so on. One day, I remembered what it was like with Kim when we started. She did this. We did this, the stress and pressure thing. We worked though it, and we can work through it again. 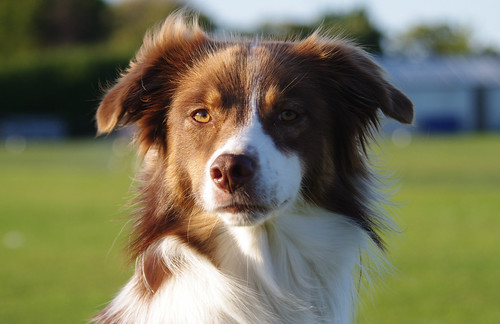 The plan worked. I entered Dog Vegas, a Monday in July. Nobody I knew was going. No distractions, just me and Rio. And Dylan. I entered Dylan in Anysize because a) he misses agility, but mostly b) I need to remember what it was like to like agility. Not necessarily love it, just like it for 30s whilst Dylan was easy and reliable and comfortable. He won the Anysize Agility and got a shiny rosette. First shiny rosette for over 12 months, and I needed that bit of positive reinforcement (thanks Dylan). This was our turning point show. Two runs for Rio, and we finished the course both times. It wasn’t pretty and it wasn’t clean but it was focused and driving and working.

And now we’re in October and Rio is catching fire. We have a two clear rounds under our belt (and two 5th places, respectively). Every course is a full course, focused and driving from start to finish. No more stressy Beans. I love running her, she loves to run. We’ve got the joy back.

It’s not all awesome, of course. We’re still only running jumping courses. Our wait has … diminished. I have a new theory that is germinating, about waits and seesaws, and the desensitising process begins this month. That’s for another day. Today you get a whole blog post reducing six months into 628 words.