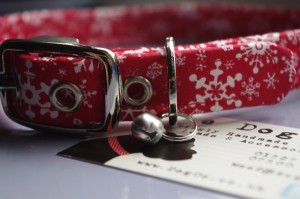 Operation Seesaw is going so well I’m all for dancing on the way home from training. Theory into practice, and the new reward structure works! We haven’t worked on it for a few weeks, but the seesaw was out at training this week. Ri’s first attempt as a little hesitant, but after that she was fast, confident, and driving right to the end. Beautiful! Even better, she’s really getting excited about this game, pulling out of my hands and stalking/targeting the seesaw. She’s not freaking out about the movement behind or around her anymore, and is actually now staying on the seesaw end for longer than she needs to, to get more treats. We did six reps, all faster and better than the previous.

Our training group did quite a bit of work this week on obstacle avoidance and timing of cues. Rio and I are definitely finding a rhythm now; I am still hopelessly late at times, as Beans is so much faster than Dylan and has a very different style of running and jumping. I trained with Sarah McLean a few months ago and she told me that I need to get braver and work harder to get to where I need to be. This is partly down to laziness (mostly. I’m really lazy!) but also I’m more wary running Ri, and less likely to race to position, because she has no qualms about taking me out if I’m in the way. So I’m lazy and a wuss as well, not a good combination with an Aussie. I’m trying.

Weaves are still looking super, she’s controlling the speed better and we just need more competition practise. That will come! I’ve been working on her picking up entries with me in front and behind, she’ll recall through six now and drive on with me 6-10ft behind her. I’ve added in some more rear crosses, and she’s also getting much more consistent on the right. I could have done all that 12months ago, but there was no need and she’s so much more confident now. Aframe is also looking great, and hopefully dogwalk will come once we’ve got this seesaw confidence back. We’ve got another competition at Dig It in December, and a couple of jumping classes at Wyre, and then we’ll wrap up until January. I have to decide when to enter her back into Agility classes – probably Easter? It’s going to depend a bit on Daisy! 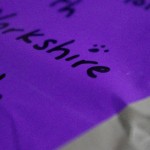 It feels too early in the year yet, but Rio’s new Christmas collar arrived today as well, and it’s so pretty! Even has a tiny little Christmas bell. Love the little details on the packaging as well, A+ from the Dog Co. Handmade Collars from Facebook. Love it! Unfortunately Rio was a bit muddy for modelling today. Red isn’t really her colour, but it’s impossible to get orange or brown Christmas collars! Collar shopping is still ongoing, since Rio has been running in her bat-collar this year, but I actually want it to be her everyday alternate with tags on etc. So she still needs a competition collar! I’ve been eyeing up some really pretty leather collars, and a few more tweed ones, but there is Daisy to buy for as well. Can you tell I’ve got a bit of spare cash for once?!