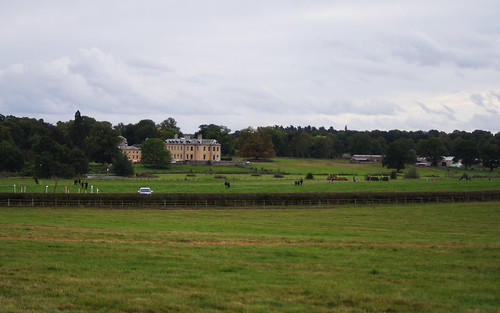 I elected to go NFC in Beginners Jumping just so I could reward Rio’s weaves, which have been awesome recently. We have no weave problems, but I thought it would be nice to let her know how good she is. Of course, she promptly blew her mind with excitement and broke her weaves. First run of the day and she was away, no waiting, all barking, too fast for weaving. All my baby dogs (in fact, all young dogs that have trained with us) go through a phase of overpowering the weaves, where they get too confident and too powerful and too fast, and inevitably either a) pop the last 2 poles or b) pop out at weave 2/3. Rio did both! Not concerned, I’ll reward when she’s right and she’ll learn how to control it.

Steeplechase was … really boring. Accel – decel – pinwheel and repeat. Minimum spacing straight lines, no curves, no tunnels (!). Not my kind of course and definitely not Rio’s kind of course. It didn’t start well anyway as I dropped her toy behind her, assuming someone would pick it up, and they did not. So Rio released to her toy, oops! That messed up our start and then we added in some extra jumps, missed a few others out, knocked a few poles off … eh. Steeplechase II was the same course but one straight line of 2 jumps had been replaced with a straight pipe tunnel. More boring! Sorry judge; I do feel extra bad when I criticise courses now, but this was not my idea of fast, flowing Steeplechase.

For the Agility class, I just did a ton of Aframes. I’m adding the stop back in and wanted to get some aluminium Aframe experience under our belt. Rio nailed it, beautiful drivey Aframes with a lovely low stop. No worries on the aluminium either! Maybe one day we will be able to do agility classes again. 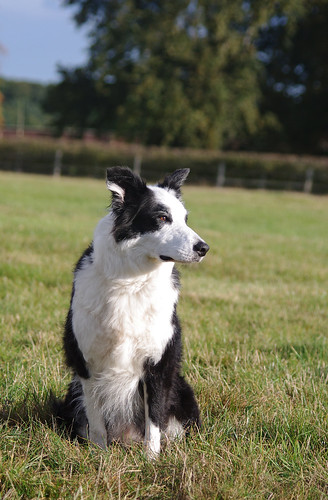 Dylan got to play in the POTD Triple-A, he blew his first contact and we had a short discussion about contacts, so he got the others. He has decided that after eight years of being a good boy, he doesn’t need criteria anymore. He had fun, so it’s cool.

Daisy also got to play! For a few minutes, anyway. There was a practice ring set up after Power & Speed finished, so Daisy and I went to play on the Jumping section. She was very excited but did apply her agility skills to new equipment and in a new environment successfully, so it counts as a victory. She also did great with fake-queuing. We just need to work on control and timing. There will be no “small-dog-handling” with Daisy, I need to be cueing early, or she’s off, taking whatever she sees. (Maybe I should get on with teaching her to weave, then she can do proper shows.)

We were all done with agility by lunchtime! It was a small UKA show and the scheduling of Rio’s classes meant we were done and dusted pretty early. But Osberton had the Horse Trials running and Saturday was the 2* Cross Country day, so we took Rio and Dylan to watch the horses doing their stuff. I love my horses and the weather brightened up to lovely late September sunshine, so we had a good trek around the XC course. I’m going to have to do this show again just for the horses, it was great!

Dylan didn’t care at all for watching the XC, but Rio couldn’t get over it. If she could have had a jaw-drop moment for the first horse she saw jump the big XC fences, she would have done! She didn’t bark, lunge, or generally act inappropriately, but she was fascinated and would definitely have done a little chasing if allowed. (It wasn’t!)

Daisy did do some wandering around the show, but it was all a bit busy and overwhelming for her. She did much better on the XC course proper, where there was loads of room. She is a hooligan for barking and “chasing” horses on the TV, so was quite entertaining to see she is a bit wary of horses in the flesh. Sensible choice, especially coming from Daze. 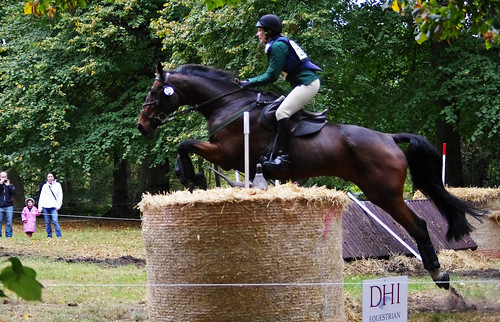