Dylan has been lame. No particular reason for his lameness, he just came up sore one day. Left fore, I think carpal, hence a slow recovery. He is bored. Tough cookies, old man, you rest. I miss having him around. Dylan and I have been embarking on all kinds of adventures this summer. Not super-exciting-jetset adventures, but normal-dog adventures. We explore new places. We go to Good Citizen Dog Scheme class. Dylan passed his Bronze and Silver on the same day, in September. We’re working toward Gold. We started class and I realised I’ve never taught Dylan normal-dog stuff like loose-lead walking. Or how to be normal in a class full of other, normal, dogs. Normality is new for us. 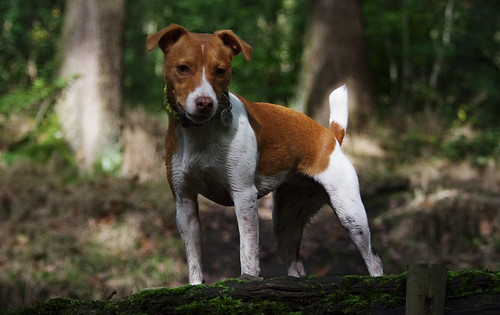 Daisy is cheerful. I want to practise ball retrieves but we’re on our flyball break until the end of October, and I want to enforce that. We have been working on agility instead, but not as much as I had wanted to. Sheep, in our field, ruining plans. Weaving is next on the list, after minor things like getting her KC registered, and major things, like getting her measured. Measuring is the next big hurdle, since it combines Daisy’s biggest fear, strange people reaching over her and blocking all forms of escape. Hopefully I can minimise this to me reaching over her and offering her exits if she wants them, but we shall see how generous the measuring folks are feeling. She’s an obvious Small, which should help. 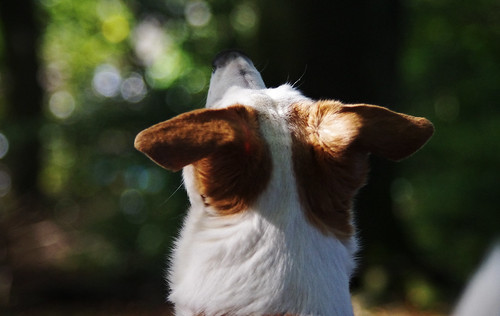 Kim is Kim. Increasingly deaf, and therefore both more and less noisy. She looks like an old dog now. Not so much muscle mass, gets a little bit confused by simple things like how to turn around. But she is still sound, still hungry, still demanding, still opinionated. She still does her normal walks, although it’s at a slightly slower pace. Sometimes she still wants to chase birds, and does so. This is not particularly good for her old bones. She’s getting a little wiser about squirrels, and just watches them with narrowed, thoughtful eyes. 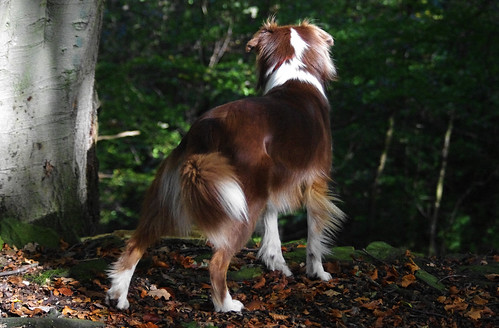 The squirrels have it hard. Rio is a mighty huntress (in her mind).